Simply go to the Toy Store menu and purchase the house for the Coins. Clean up the School of Scaring, first scare the toilet paper off the statues out front and then knock the banners off the roof by grinding along the rails up there. Another mission that you have to guess that you even have. This time is a little trickier than before, you now have to sneak up on the simulator monster and scare it without it spotting you. Stand back and watch his pattern for a moment and then sneak up on him from behind and scare him when he starts to walk away from you. Approach the gate and shoot at each of the three targets, no need to manually aim just fire and it should automatically hit each one.

Go into your Toy Store menu and buy the “Give ’em a Hand Launcher” that just unlocked, no need to actually go over to the floating cube. Another Paintball mission from the blue guy, this time there’s six Fear Tech students to knock out. One final showdown in the Paintball Arena, this time there’s ten students to shoot and a lot more barriers in the way. After beating the Clothes Make the Monster mission talk to the purple tentacle monster standing north of the fountain. On the way up there are some small posters on the wall that you need to scare, first one’s right above the scaring platform, then the next is up by the first ledges, the third is when you start climbing the bricks, instead carry on around the corner a bit further.

The first poster is obviously up on the wall of the building here, keep shooting it until the blue circle expands and it marks you down for 1 of Talk to Art outside the Library after unlocking the buttons.

Once that’s done drop down and jump off the building. Once placed simply walk in front of it to be launched over the fence. Go through the door and out into the Fear Tech campus, head to the right and then take a left to where there’s a few blue trees with toilet paper markers on them, fire your Toilet Paper Launcher at them and then walk a short distance further forwards to the other two trees you need to hit.

After that head towards the Scream Tunnel. September 7, at 8: Similar to the last mission, the sun sets and it’s time to sneak over to the Botany building which is to the north-west of where Terri and Terry are. To get up onto University Hall you have to go around the south side of the building not the back of it and scare the button there, it’ll cause a large platform to pop out of the wall and allow you to jump up ledges to the bottom of a chimney, once you reach it shimmy around to the left and then drop onto the roof.

Sneak towards the football monument north of the fountain watching out for the torches that the Fear Tech students are carrying. Knock off the large banner to finish the mission. Nonsters are eight of these hands, the first two are around the front on the handrails. Jump across the gap to the ledge below the gargoyle, then run around the other universtiy of the building and shoot the second gargoyle.

Climb up to the roof the same way you did before, like climbing the ledges near the bridge section, and then jump up a bit further onto the orange roof and across the inginity with the furled up banner. After completing Rooftop Drop the purple tentacled monster at the end of Frat Row has this for you.

Go through the gate to the north-west and climb up the Clock Tower again, the same way you did when rescuing Terri and Terry. Here’s a list of the locations of the other Mnsters up behind him and scare him. One final showdown in the Paintball Arena, this time there’s ten students to shoot and a lot more barriers in the way. There’s one student wandering about beneath the windows, sneak up and scare him to get him out of the way.

Launcher to “decorate” the matching twin statues on Fear Tech’s campus. Continue along walktyrough dirt path behind the houses until you monwters to the next one, ROR House, jump off the dirt ramp onto the back of the building to grab number eight, number nine is directly ahead off the ramp on the same building. Talk to the same blue tentacle monster who is now found next to the gate directly behind the School of Scaring.

There are a few trash bags around, apparently smashing them counts as cleaning up don’t try this with real trash bags so disneey smashing, one is on the corner, another is to the right of the entrance, a third is in the walkthroough of the road going south, one more to the side of that, and finally one along the driveway of the first house on the right side.

Jump back down the Clock Tower. 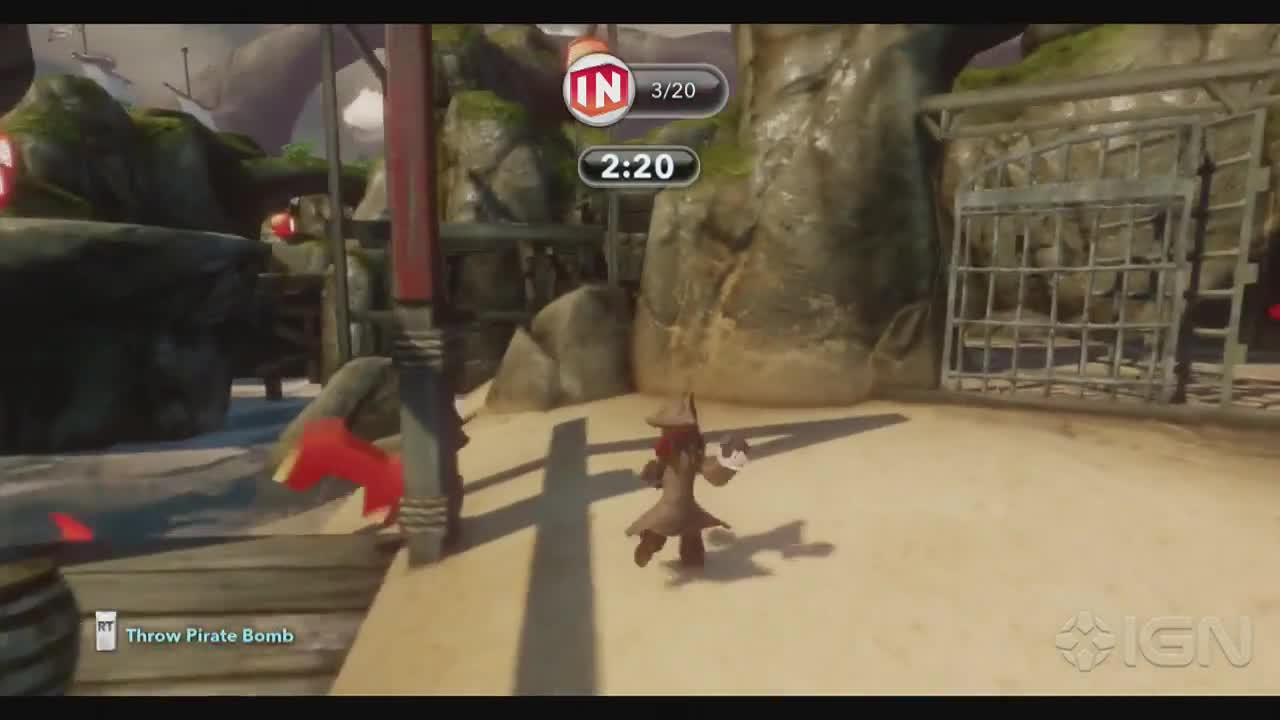 Night falls bero Fear Tech so the students universiry now be carrying torches which doesn’t really mean much but you can see them easierhead east to the far end of campus and then north along the backs of the buildings. At the south end of the street in Frat Row you’ll find the blue spotty tentacle monster to get this mission from once you own a bike. This will open up the Monster Customisation where you can customise monsters.

Head on over to the north-west part of campus where the marked student is patrolling. Four is behind you near the wall of the campus, five is behind the building you did Doomed Dorm on, six is just outside the main gates, near the tunnel.

The “simulator monster” is up ahead by the steps, on the left side. Climb up to the top of the banner to pull that side off the hook.

Go over to talk to Don Carlton. Scare the posters off of University Hall. The next guy is over by the fountain, pick him up and carry him back yniversity the customisation building to change his hat and foam finger.

Again you can run wild just don’t get too close as they like to charge at you.